The Effects on Bute

Home » The Effects on Bute

The effects of climate change on Bute

‘Global warming’ may sound like a good thing, especially here in chilly Scotland.   However ‘climate change’ is a better term as this effect is actually producing very unpredictable weather patterns with very negative effects.

Few of us will forget New Year 2012, when Bute was plunged into darkness following hurricane force winds.  The damage caused to our natural environment was heartbreaking with many venerable trees torn out of the ground or snapped in bits.  Our wonderful built heritage took a pounding too, particularly Duncans Halls one of the most ornate tenements in Rothesay.  Whilst the community rallied round to help the most vunerable amongst us, we needed help from off island when by day three supplies were running low and people where unable to prepare hot food.

Severe storms and rising seas, already 10cm higher than in 1900, are eating away at the coasts. On an island where most of the population lives very close to the coast this could have a significant effect on Bute.

Sea temperature has already risen in the 20th century and scientists predict that the average seawater temperature could rise a further 2 degrees by the 2050s.

As well as affecting homes it could affect the livelihood of the island with many of the species which we traditionally think of as Scottish disappearing, and our beautiful countryside and coastline irrevocably changed. This will affect farming, tourism, our gardens, and our enjoyment of our island’s countryside and coasts.

All pictures courtesy of Zak Harrison 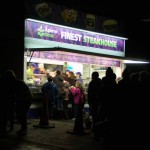 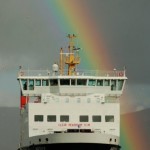 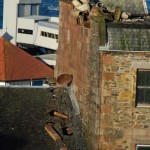 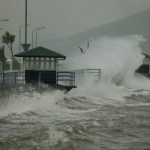 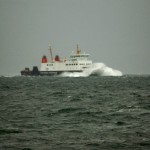